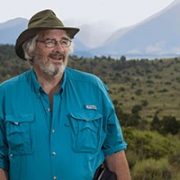 Coastal Discovery Museum named a Smithsonian affiliate
“The Coastal Discovery Museum’s recognition as a Smithsonian Affiliate will allow us to grow significantly in several areas related to our mission,” said Rex Garniewicz, director of the museum. “We are always seeking to improve our visitors’ understanding of how coastal wetlands will respond to a changing planet, and the Smithsonian’s Global Change Research Wetland is a great partner for improving our presentation of this science to the public.”

New Smithsonian partnership among highlights of Rockwell Museum’s 40th anniversary
Having the ability to access the Smithsonian’s collections, as well as those of the other 200 affiliates, will be an important element of creating that broader context, officials said.

Schiele Museum of Natural History (Gastonia, North Carolina)
On the way: largest snake ever
This gives us access to different artifacts and things that couldn’t be done without the Smithsonian’s resources,” McGinnis said 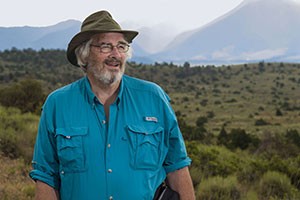 Museum of the Rockies (Bozeman, Montana)
Famed paleontologist Jack Horner to retire from MSU
World-famous dinosaur scientist Jack Horner, whose discoveries about how dinosaurs lived changed paleontology, will retire next year from Montana State University and the Museum of the Rockies after 33 years. He said he intends to work with the Burke Museum in Seattle at the University of Washington, which is building a new museum

Denver Art Museum (Denver, CO) [Exhibition includes a painting from the Smithsonian American Art Museum]
Denver Art Museum’s Wyeth show looks a little weird to Jamie
Strange to see your life flash before your eyes, he said, never knowing what curators will choose when they prepare a look back at his career. This one, titled “Wyeth: Andrew and Jamie in the Studio,” mixes, mingles and compares the paintings of the famous father and son artists. 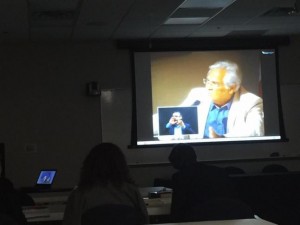 Scholars from the Smithsonian Institution and the Universidad del Turabo in Gurabo, Puerto Rico, discussed Puerto Rican culture and literature Thursday in a session available online at museums across the country, including the N.C. Museum of History.

Musical Instrument Museum (Phoenix, AZ)
A rare performance combining members of the world’s two leading Tex-Mex bands
GRAMMY winners Los Texmaniacs have been crisscrossing the world with music that incorporates rock and roll and jazz while honoring the roots of conjunto Tejano. They recently appeared at Austin City Limits with Flaco JimÃ©nez and Dwight Yoakam. Max Baca, the founder of the band, has been a frequent guest with Los Lobos and won another GRAMMY Award a year ago for Flaco & Max: Legends & Legacies, his duo album on Smithsonian Folkways with JimÃ©nez.

People on the move:
Reginald F. Lewis Museum of Maryland African American History & Culture (Baltimore, MD)
Reginald F. Lewis Museum appoints new chief curator
Charles E. Bethea, who grew up in Bladensburg, becomes one of the most public faces of the Baltimore museum. He’ll apply his quarter century of experience working for museums and cultural organizations in his new role as the Lewis’ chief curator and director of collections and exhibitions