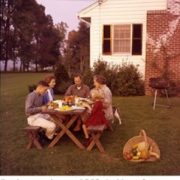 Special thanks to our friends at SITES for this update.

SITES has been busy planning several new exhibits to meet the needs of our diverse host venues. Whether you are looking for a unique and affordable photography exhibit or an epic blockbuster, we’ve got the show for you. Here’s what’s new: 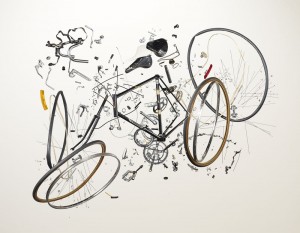 Things Come Apart
Through extraordinary photographs, disassembled objects and fascinating videos, Things Come Apart reveals the inner workings of common, everyday possessions.  Images of dozens of objects explore how things are made and how technology has evolved over time.  For example, the exhibition juxtaposes the components of a record player, Walkman, and an iPod.  As a visual investigation of design and engineering, Things Come Apart celebrates classic examples of industrial design, technological innovation and more recent ideas about re-use.  The exhibition explores STEAM (science, technology, engineering, art and math) concepts and provides an ideal environment for hands-on investigation. 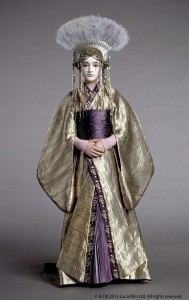 Rebel, Jedi, Princess, Queen: Star Warsâ„¢ and the Power of Costume
Presenting 60 of the finest hand-crafted costumes from the first six blockbuster Star Wars films, the exhibition uncovers the challenges, the intricate processes and the remarkable artistry of George Lucas, the concept artists and costume designers. Featured costumes include the robes of Jedi masters Obi-Wan Kenobi and Luke Skywalker; the yak hair and mohair costume of the Wookiee Chewbacca; the elaborately detailed gowns of Queen Amidala, and many more of your favorite Star Wars characters. Learn more about Rebel, Jedi, Princess, Queen  here. 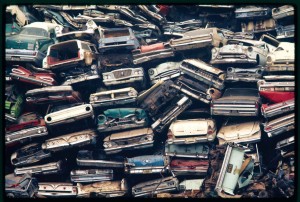 Searching for the Seventies: The DOCUMERICA Photography Project
Modeled after the Farm Security Administration’s photography project of the 1930s and 40s, DOCUMERICA was launched in 1971 by the newly established U.S. Environmental Protection Agency to document the environmental troubles and triumphs across the country.  What emerged was a moving and textured portrait of America in a rapidly changing society. Includes  90 framed, color photographs and a video. Learn more about Searching for the Seventies here.

Patios, Pools, & the Invention of the American Backyard
From the beauty of postwar garden design to the history of the rise of the suburbs and the environmental movement, Patios & Pools is a groovy look back at how the mid-century backyard became an extension of the house: a “room” designed for relaxing, recreation, cooking, and entertaining. Featuring period photographs, retro advertisements, pop culture references, and influential landscape designs. Learn more Patios & Pools  here. 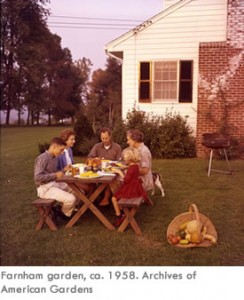 Looking to fill an opening in your calendar? These exhibitions are available for immediate booking:

Congrats to these Affiliates making news!  Each month we highlight Affiliate-Smithsonian and Affiliate-Affiliate collaborations making headlines. If you have a clipping highlighting a collaboration with the Smithsonian or with a fellow Affiliate you’d like to have considered for the Affiliate blog, please contact Elizabeth Bugbee.

Editorial: Smithsonian comes to local History Museum
Greenville’s ability to better connect the present with the past took a giant leap forward this week with the announcement that the Upcountry History Museum – Furman University has become a Smithsonian Affiliate. This is exciting news for what it means in terms of new opportunities for people who want to better understand our lives today by more fully understanding the experiences and people who shaped our shared history.

UTSA Institute of Texan Cultures (San Antonio, Texas)
UTSA Institute of Texan Cultures hosts 28th Annual Asian Festival Feb. 21
A special feature of the 2015 festival is the opening of “Sikhs: Legacy of the Punjab,” a new exhibit which will remain at the museum into the fall. Originating at the Smithsonian, the exhibit follows the history of the Sikh culture and the religion which unites them across borders and around the world, including Texas and San Antonio. Members of the Sikh community will serve as gallery hosts and tour guides during the festival.

San Antonio Institute of Texan Cultures hosting exhibit on Sikhs
Developed by Smithsonian Institution and sponsored by the Sikh Heritage Foundation, it “features a collection of traditional Sikh art, information on the culture’s history and beliefs, artifacts such as ceremonial weapons and armor, and a model of the Golden Temple”.

North Carolina Museum of Natural Sciences (Raleigh, North Carolina)
Volunteers survey mammals in East Tennessee
Volunteers have conducted a survey of mammals in East Tennessee state parks by using technology. The volunteers were recruited by a research project called eMammal, which provided the cameras, software and instructions. The eMammal project is a collaboration between the North Carolina Museum of Natural Sciences and the Smithsonian Institution.

Caught on camera: Volunteers use technology to survey mammals
The eMammal project is a collaboration between the North Carolina Museum of Natural Sciences and the Smithsonian Institution. So far, surveys have been conducted in Virginia, Maryland, the District of Columbia, North Carolina, South Carolina, and most recently, Tennessee.

University Corporation for Atmospheric Research (Boulder, CO)
UCAR Announced as a Smithsonian Institution Affiliate
The University Corporation for Atmospheric Research (UCAR), which provides unique exhibits on weather and climate, has been accepted to join a leading group of national museum and cultural organizations as an Affiliate of the Smithsonian Institution.

Old Governor’s Mansion in Milledgeville named Smithsonian affiliate
The affiliation makes the mansion the ninth in the state and the first in Middle Georgia to receive this recognition, according to a news release

Old Governor’s Mansion becomes first Smithsonian affiliate in central Georgia
“The opportunity to be an affiliate of the Smithsonian is a great honor for the Old Governor’s Mansion and Georgia College,” said Director Matt Davis. “We look forward to building partnerships for exhibitions, loans and the development of programming. This partnership will be a huge benefit to the Mansion as we continue to build our national profile within the museum field.”

Museum of African Diaspora (San Francisco, CA)
Museum of Africa Disapora celebrates $1.3M makeover
“We’re delighted to begin this new affiliate partnership between MoAD and the Smithsonian Institution, one that builds on shared missions, a commitment to education and prior collaborations,” said Harold A. Closter, director of Smithsonian Affiliations. “Since its founding in 2005, MoAD has been a beacon to the museum community by applying innovative exhibition ideas to the study of living communities and their cultures. We welcome the opportunity to work together through the sharing of our knowledge base, collections and traveling exhibits to place the story of human migration in local, national and global contexts.”

Telluride Historical Museum and The Pinhead Institute (Telluride, CO)
Place of invention
“We are thrilled that Telluride was selected to participate in the Places of Invention program,” Kinias said in a press release. “Having Telluride recognized as an innovative community by our Smithsonian partners is an incredible honor and is testimony to Telluride’s strong history of innovative residents.”

FUNDING
The Army Heritage Center Foundation recently received two grants from The Donald B. & Dorothy L. Stabler Foundation and the G.B. Stuart Charitable Foundation to support the expansion of the Visitor Center at the U.S. Army Heritage and Education Center (Carlisle, PA.)  The grants are in addition to a $2 million Economic Growth Initiative Grant awarded to the Foundation by the State commonwealth earlier this year.

The iconic helium balloon that has flown high in the central Indiana sky since 2009 has a new sponsor. Reynolds Farm Equipment is now the presenting sponsor of the 1859 Balloon Voyage experience at Conner Prairie, an interactive history park (Fishers, IN).  Through 2019, the company will provide up to $375,000 to support the balloon and its new exhibit space.

The Arvin Gottlieb Charitable Foundation will donate $250,000 toward building a “space portal” that will connect Science City, the Gottlieb Planetarium and the Regnier Extreme Screen Theatre at Union Station (Kansas City, MO).   The portal will be designed to resemble a futuristic space station.  The project is part of a planned $10 million renovation.

A $1 million donation will enable the Fort Worth Museum of Science and History  (Ft. Worth, TX) to focus on new technology for its digital learning programs. Museum officials said they hope to raise another $1 million to match the donation from the Kleinheinz Family Foundation.  The money will go toward upgrading technology for the institution’s science, math and language literacy programs, which run from pre-kindergarten through grade 12, along with its public programs for families and adults.

Mystic Seaport (Mystic, CT) announces a gift of $1 million from the Thompson Family Foundation honoring the late Wade Thompson, a Museum trustee for 27 years. This gift will be directed to a new 14,000 square-foot exhibition building to include a state-of-the-art, 5,000 square-foot exhibit hall. This will be the largest among Mystic Seaport’s seven galleries and will provide the caliber of conditions required to curate not only exhibits from the Museum’s collection, but also permit the borrowing of outstanding art and artifacts from other museums around the world.

Flushing Town Hall (Flushing, NY) has met its campaign goal of raising $35,000 to match equal funding from an anonymous donor, ahead of its February 28 deadline.   The “35” in the campaign goal represents this year’s 35th anniversary of the Flushing Council on Culture and the Arts, a member of New York City’s 33-member Cultural Institutions Group.

LEADERSHIP
Julie Johnson recently started her tenure as President of the International Museum of Art and Science (McAllen, TX).  Julie came from leadership positions at the Michigan Science Center and Detroit Children’s Museum.

Enjoy spring at our Affiliates!

FLORIDA
Hirshhorn Museum director Melissa Chiu will give a keynote talk at the Frost Art Museum  in Miami, 3.4.

National Museum of African Art Museum director Dr. Johnnetta Cole will give remarks at an exhibition opening as well as a talk on the importance of diversity in museums at the Polk Museum of Art in Lakeland, 3.19-20.

ALASKA
The Anchorage Museum, in collaboration with the Lemelson Center for the Study of Invention and Innovation, will open a Spark!Lab Invention Interactive Exhibit in Anchorage, 3.5.

Young visitors to the Anchorage Museum will soon experience the “ah ha!” moments of Spark!Lab.

COLORADO
El Pueblo History Museum, one of the sites of History Colorado, will open the Smithsonian’s Changing America: The Emancipation Proclamation, 1863 and the March on Washington, 1963 exhibition in Pueblo, 3.6.