New York State Museum (Albany, NY)
Eastern coyotes have a touch of wolf in them 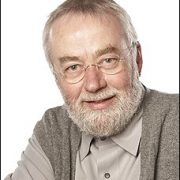 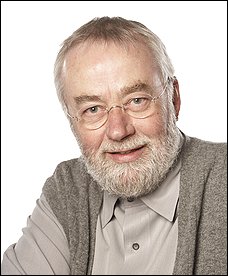 Bill Moggridge will assume the position of director of the Smithsonian's Cooper-Hewitt, National Design Museum in New York City in March, 2010.

This week, Smithsonian Secretary Wayne Clough announced that legendary industrial designer Bill Moggridge will lead the Cooper-Hewitt, National Design Museum, starting in March.  He will become the Museum’s fourth director since its creation, and the first practioner to hold the post.

Moggridge is credited with designing the world’s first laptop computer.  Among his other accomplishments, Moggridge was a founder of IDEO, a global design firm, an adviser to the British government on design in the 1970s, a trustee of the Design Museum in London in the 1990s, and is a consulting associate professor in the design program at Stanford since 2005.  In 2009, he received the lifetime achievement award at the Cooper-Hewitt’s National Design Awards ceremony, held at the White House.

Secretary Clough told the Washington Post, “Bill Moggridge is an entrepreneur, innovator and visionary leader in the design world.  The Smithsonian and Cooper-Hewitt are poised on the edge of a new era and having Bill Moggridge as director of our national design museum offers exciting prospects for the future.”

Moggridge joins the Museum at an exciting and critical time.  Cooper-Hewitt is in the midst of a major $64 million capital campaign and expansion effort that will add 70% more exhibition space, a new library, and classroom space.

Congratulations to our New York colleagues, and welcome, Bill, to the Smithsonian!